I would be interested in Bob’s thoughts on the discussion attached. Would this subject be in your field of experience or interest?
It’s quite fascinating to me from what little I know of the conversation subjects. Thank you(a M1 ICES experimenter/client. 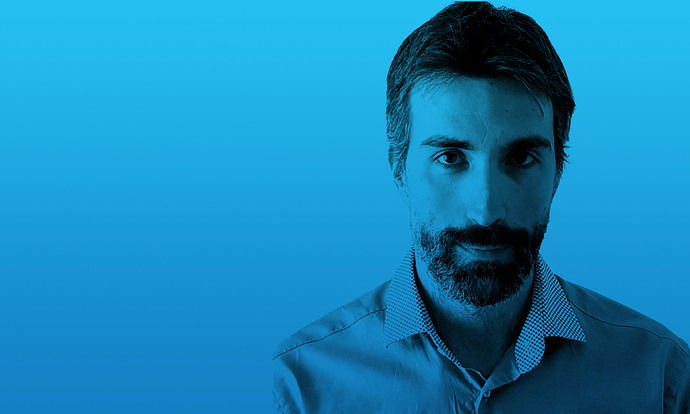 On this week's episode of Conversations with Dr. Cowan and Friends, I talk with Alessio Angeleri, an Italian researcher, who uses his background in chemical and electrical engineering to look deeply into the question of how physical matter is...

well, where do I begin…
Is the universe complex and wonderful? YES
Do we understand everything about the Universe? No
Does this mean that there is something wrong with modern science?
…no

This is a good thing because it gives us something to work toward, a deeper understanding of the Universe, but it also opens up the many oversimplifications that generally lead to the easily distorted belief that “Science does not really understand how the Universe works”, and that somehow the truth is being hidden from the general public. Science, like all human endeavors, is complex, messy, and subject to debate.

Most people take this as a weakness, or that scientists just got it wrong, or there is some kind of conspiracy to hide or distort some aspect of reality from the general public.
My opinion as a scientist: this is unfortunate.

Then people feel like they can intelligently talk about magnetic monopoles or scalar waves because, hey, nobody knows, so I bet it works like this…

Then you have to factor in the psychology of scientists. They are people too. Most scientists feel like they get very little credit or recognition for a lifetime of work. I know scientists who work something like 60 hours per week and are essentially homeless. From time to time, you see a scientist who gives in to the temptation to use their credibility and knowledge to become a celebrity. You can easily find these people on blogs or TV series to run “experiments” to demonstrate the existence of aliens, etc. I watch these too. I find them entertaining, but not in a condescending way. These shows generally present a mixture of facts and speculation. With my education and experience, I can usually separate the good stuff from the bad stuff. Sometimes it’s challenging, so I see it as a mental challenge, like a riddle. What’s going on here. I try to figure it out.

But here is the difference:
I have advanced degrees and have done research in these and related areas for many decades. I have done the work, so I can think about these things critically but with an open mind. Most people have not done decades of work like this, so honestly it is very difficult for them to think critically about these things, to put them in context, understand the terms, understand the historical development of these Ideas, and so forth.

With all of this in mind, what do I think about this specific opinion posited by one scientist? OK, he has made some observations. He interprets them one way. Other scientists interpret them other ways. But he also is mixing and matching terms and concepts that are patently false.

For example, he talks about “vortices in the ether”, which has been tested extensively, for more than a century (I have repeated some of these experiments and have a patent on an optical sensor based on this). The vortices he claims and the ether he is basing his reasoning on have been categorically disproven. The fact that this old concept is entirely incorrect is critical to all of our modern technology. For example, GPS, space flight, and even the Internet we are using would not work the way they do if what he is saying were true.

How can I be so sure: As always, I could be wrong, but you asked for my opinion, and here it is.

Thanks Bob, I don’t feel qualified on the subject in question to follow up your experienced answer to my question on Matter & Magnetism. As a layman, I’m just trying to sort relevant scientific principles out there in social space for my own mind. Just like the Wetiko(collective psyche of the universe today) some say it’s been this way since time immemorial. Peace

The pattern that I have been trying to impress on this forum since it began is that I think people have been led astray. Let me explain:

Some things seem like they should be simple, and they are. Other things seem like they should be complex, and maybe they are, or maybe they are not once you know the trick. Then there are things that are genuinely at the very limit of the less-than-1% of humanity to be able to even begin to comprehend, and in that category squarely falls the physics of electro-magnetism.

Sure, everyone can flip a light switch, and most of us can change the batteries in a flash light, but how many of us really understand how it works? If you think you understand those “simple” applications of electro-magnetism, then think again, unless you can blurt out right on the spot what the Poynting vector is. You have to know this by heart, no looking it up, no cheating.

I think the Internet is wonderful, but one of the most damaging things it has wrought upon our society is the deception that everything is simple if you can just type in the right search terms. Most things can be explained simply and understood easily. Electro-magnetism can not. But most people simply do not understand that the concepts are fundamentally different from the topics you typically encounter during the day. It really is not anything you can grasp informally. Tesla, Steinmetz, Faraday, Maxwell, those are probably the only few humans to ever really grasp it intuitively. There might be two or three more, but all of them together would still fit into a VW Beetle.

Nonetheless, and this much I believe is true, most people (probably everyone on this Forum) has an intuitive feeling that electro-magnetism has some deep and profound link to living systems.

I do believe that is true, and I have been searching for the thread, the secret, that connects the two, for several decades now. There are plenty of theories and I have some of my own. But the rule of thumb I always apply is that when someone tells you they know this secret for sure, and they are willing to sell it to you for money or attention, then I would be very skeptical.

The fact is that electro-magnetism is perhaps the most excruciatingly complex and difficult topic ever broached by humanity. The math is horrendous, the concepts are mind-numbingly complex and nuanced, and most experts in the field really have difficulty understanding it themselves and explaining it to others.

There is nothing to be ashamed of if you don’t really understand it. Just try to avoid letting anyone else drag you down their rabbit hole of speculation.