ICES PEMF, an alternative to opioids for chronic pain

@Bob What reports have you received from folks who have been able to use ICES PEMF in lieu of opioids for managing chronic pain? I saw this article today, and thought it would be a good idea to bump up this topic and make it accessible via search. 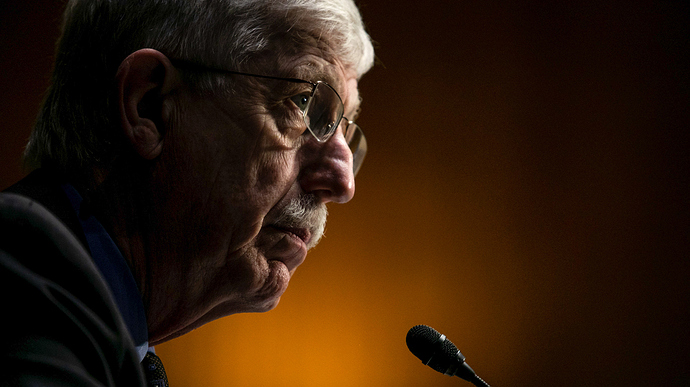 The NIH director on why Americans aren't getting healthier, despite medical...

As he prepares to leave his post of 12 years, Francis Collins reflects on the agency's biomedical advances, the dangers of polarizing medicine and the huge health gaps that still exist in the U.S.

Thanks @TajD, this is a topic that we should try to keep front-and-center in this forum. To begin with, we do have solid data, compiled by Stacey Ravid RN, PhD, from her recent dissertation at FAU:

In her survey of ICES-PEMF users for pain, she reports that the success rate is considerably greater than 90% for significant reduction of pain with ICES-PEMF.

Keep in mind that this is a survey, not a controlled laboratory study, and as such it has both limitations and advantages. Because this is a survey that included all people who wanted to respond, with any type of pain, and who were actively using other things beside PEMF, it was not strictly scientifically controlled and therefore the strength of inference needs to be tempered. From a statistics point of view, these circumstances weaken the ability to state clear probabilities, such as “group A is different from group B with a probability of 95%”.

On the other hand, as society is gradually beginning to realize, the more strictly you control a study, the less it reflects the reality of a diverse population of humans. This study has the strength of looking at the raw reality of pain: it looks at real people without exclusion, who have pain of any type, and who use ICES-PEMF in whatever way they feel works for them. Most of them have tried many other things before trying ICES-PEMF, and most have chronic pain that was unresponsive to other treatments. And many were also using opioids and other symptomatic pain relief medication.

So, from this study, what can we glean from how real people benefit from the use of ICES-PEMF for chronic pain, and how does that change their dependence on opioids? Stacey very wisely allowed an unstructured discussion as part of the survey, where people could make any comments or observations they felt were relevant. You should read the dissertation for yourself, but many people report that they reduced or eliminated their use of opioids, and several people even offered up that they had discontinued the use of other drugs, some of which were illegal. They made these comments without being prompted to do so because they felt the effect had been so profound.

In addition to the results of this survey, I can say that this is something that is reported to me frequently. I have been contacted by many people, literally hundreds since I started this work, to tell me their major success stories. These are always unsolicited (I never request or post “testimonials”).

A typical case would look like this: On a random day I get a phone call or email from someone who bought one of my devices a few months ago, usually on a personal recommendation from someone else (I do not spend money on marketing). At first they were skeptical because they had been ripped-off many times before by ineffective treatments for their chronic pain, but eventually they tried ICES-PEMF. In a few days or weeks (depends on the individual) they had significant reduction of pain, and with continued use they saw almost total or often total elimination of their terrible, life-crushing chronic pain. Many of them are in disbelief, and some discontinue use of ICES-PEMF a bit prematurely. The pain often comes back, but then when they resume use of ICES-PEMF they quickly eliminate their pain again. This releases many people from their prison of chronic pain, and many will happily discontinue their use of opioids and other drugs simply because they do not need them any more. A great many of these people can resume their careers, start new active hobbies, exercise, and travel, activities that were simply not possible before using ICES-PEMF.

And its about this time when they go to the trouble of contacting me directly. Many have sent me messages thanking me for restoring their lives and giving them hope. I usually get such a message every week or two, and this has been going on for about a decade.

In my own case, my serious series of back injuries had left me almost completely crippled. I had become dependent on opioids which, of course, did not eliminate the pain at all, but it made me care a lot less about it (and everything else). When I was able to develop and regularly use my new technology, which has evolved into ICES-PEMF, my pain was actually reduced to almost zero, which was easily manageable with an occasional aspirin.

So, one fine day I marched into my physician’s office and handed him back several full bottles of oxycodone (and a bunch of other nasty and ineffective stuff that he had prescribed). He looked at the full bottle, blinked, looked at me, then back at the bottle, then back at me. I told him firmly that I did not need that crap any more. I let it sink in for a moment, then I asked him if anyone had ever done that before. He said no, no one had ever given him back a bottle of oxy.

Years later, when I had my left hip replacement, a similar thing happened. I was prescribed a full bottle of another flavor of medical heroin. I filled the prescription, but I had used ICES-PEMF before and after my hip replacement, and I didn’t end up needing anything more than aspirin. So, I handed the full bottle to the surgeon at my one-week checkup. He was so stunned that he was speechless.

So, yes, it is my opinion that ICES-PEMF is helpful for people in the reduction of chronic pain, and it helps many to discontinue the use of opioids and other harmful substances.